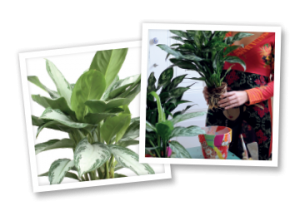 No other plant does as well in dark spaces as Aglaonema. This large-leafed plant is originally from the rain forests of Asia.. 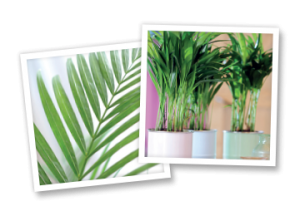 Areca keeps the air humidity in your home at healthy levels and filters toxins from the air. The plant is originally from Madagascar, where it grows in the moist forests. 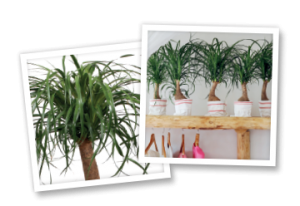 Beaucarnea is sturdy and strong. Its long, curly leaves make it stand out. It’s sometimes also called ‘elephant’s foot’ because of the wide base of its trunk. 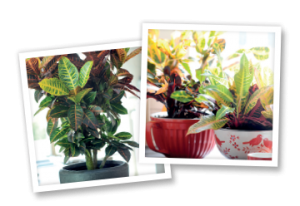 Codiaeum stands out because of its brightly coloured, speckled leaves. The more light the plant gets, the more beautiful the colour contrast of its leaves will be. 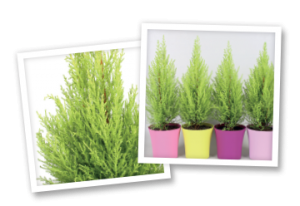 The Cupressus ‘Goldcrest Wilma’ stands out because of its plate-like leaves. The leaves have a lemony scent which is most noticeable when you cut or touch them. 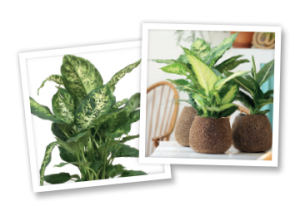 Dieffenbachia is known for the fact that it is particularly good at filtering the air. This is because of its large leaves. It’s perfect for your office, living room, or classroom. 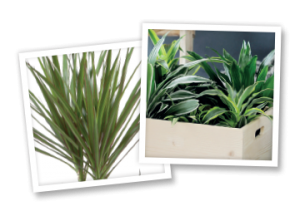 Dracaena is sometimes called the dragon tree. The plant is known for its sword-shaped leaves. Of the approximately 80 species of Dracaena, the best-known is Dracaena marginata. 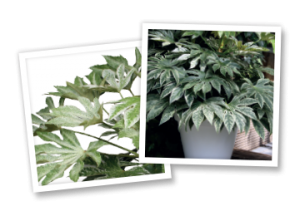 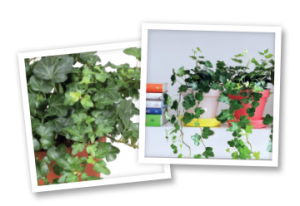 Hedera, commonly called ivy, can be found in different varieties, colours, and shapes. Its ability to purify the air makes it ideal for bedrooms and living rooms. 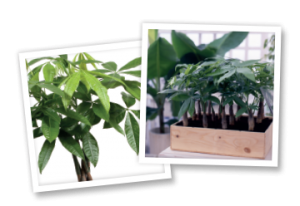 Pachira is a decorative plant that would rather get too little water than too much. It stands out because of its five leaves on each branch which resemble a human hand. 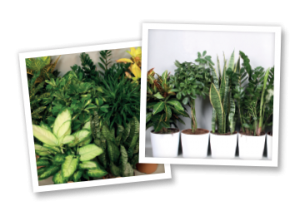 Tropical plants create a special atmosphere in your home with their unusual leaf shapes and colours. They are resistant to drought and easy to care for. 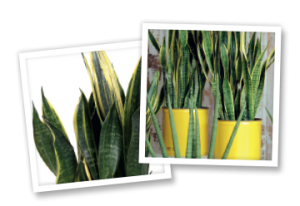 Sansevieria is a desert plant, so it’s very drought-resistant. Its sharp leaves have earned it the nickname ‘mother-in-law’s tongue’. 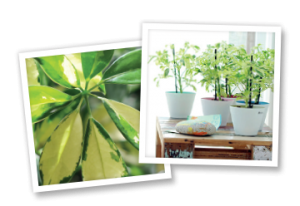 Schefflera purifies the air and can be trimmed to any shape. This plant originally comes from tropical regions. 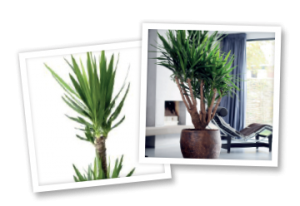 Yucca evokes a feeling of the Wild West, and its tufts on one or more stalks make it a real eye-catcher. 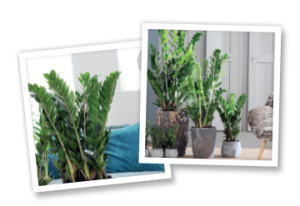 Zamioculcas originally comes from East Africa. It is easy to care for, because the plant stores water in its stalks and can go for weeks without water.